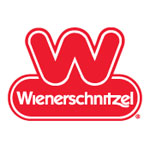 It’s hard not to order hot dogs at Wienerschnitzel, the world’s largest hot dog chain.  But recently, I had to try their good looking pastrami sandwich. 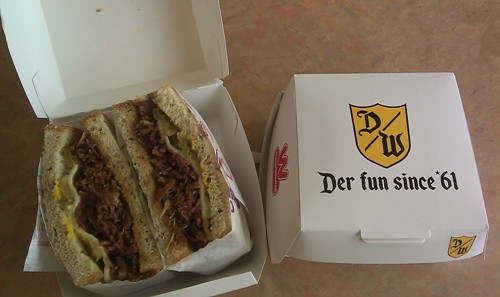 Wienerschnitzel brings back pastrami from time to time.  They make pastrami dogs in several varieties (and they all look good) but I wanted to try a classic deli-style sandwich.  I wasn’t disappointed.  The pastrami sandwich is served with thinly sliced meat, Swiss, pickles and mustard between two soft but sturdy pieces of rye bread. 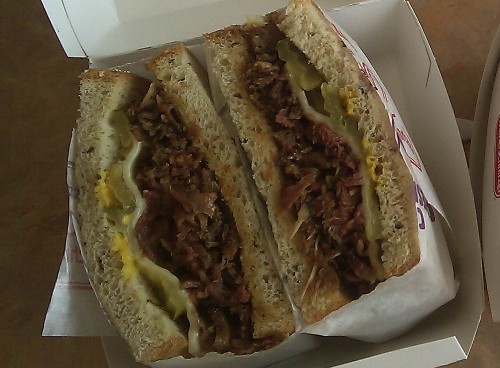 It’s a good looking sandwich, cut in half and all tucked into a paper wrapper inside its custom cardboard container.  Actually, I believe the container is also used for chili cheese fries and burgers, but it seems to be perfectly sized for this sandwich.  The meat was tasty, salty and juicy, the way pastrami should be.  As you recall, Jack In The Box experimented with a pastrami sourdough sandwich last year which was tasty as well.  But where their sandwich was light on the meat, the Wienerschnitzel version was comfortably stacked.

I’d say the pastrami sandwich is good enough to give the hot dog a run for its money.