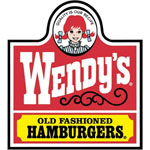 I have never thought of Wendy’s as having a bun problem.  Nevertheless, I gave the new Wendy’s Pretzel Bacon Cheeseburger a test drive. 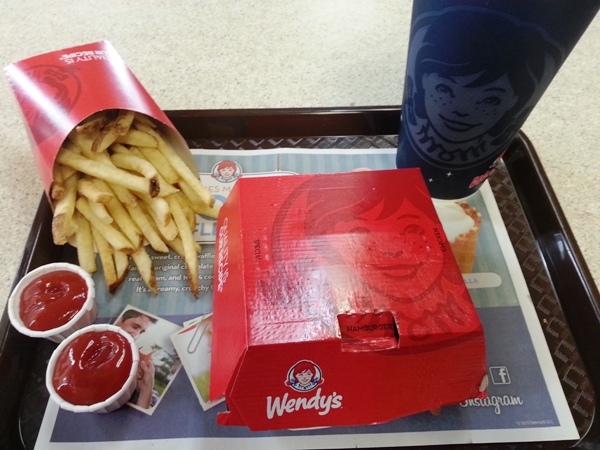 The burger arrived in a nondescript generic red box, befitting its “for a limited time” lifespan.  Opening the box, I am greeted by yes, a burger that appears to be on a bun made of pretzel bread.  Talk about truth in advertising! 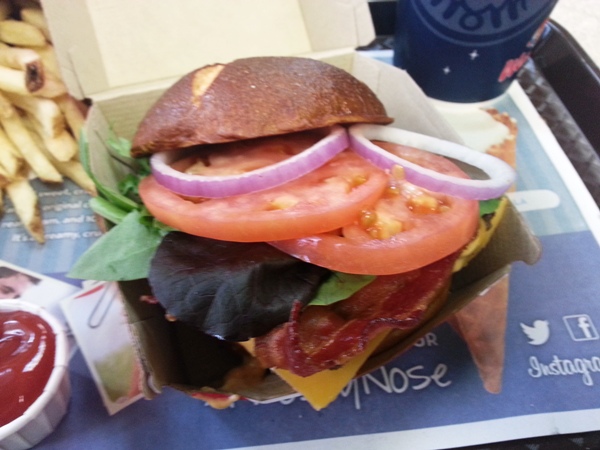 First, I tried to take a better picture but the crown wouldn’t stay put on the top of the sandwich at the angle I had it positioned.  But you can see all the ingredients.  They are using that exotic leaf lettuce that Wendy’s puts in their premium salads.  Nice big tomatoes and thick bacon.  This is the single above.  They also offer a double, just like all of their other burgers.

The verdict?  I feared the pretzel bun would be tough.  It wasn’t.  Sturdy, pretty soft but somewhat chewy, the bun held its own.  But again, I never thought Wendy’s buns were an issue (I like that sentence).  So is this a gimmick?  Was Wendy’s trying hard to come up with something unique and decided the bun would stand out?  It does make for good pictures.  But does anybody eat a burger and think “this is good, but what would be better is if I was eating pretzels simultaneously?”  I think not.  So I have to conclude Wendy’s is solving a non-existent problem with a gimmicky bun that, while unique, will be soon forgotten.