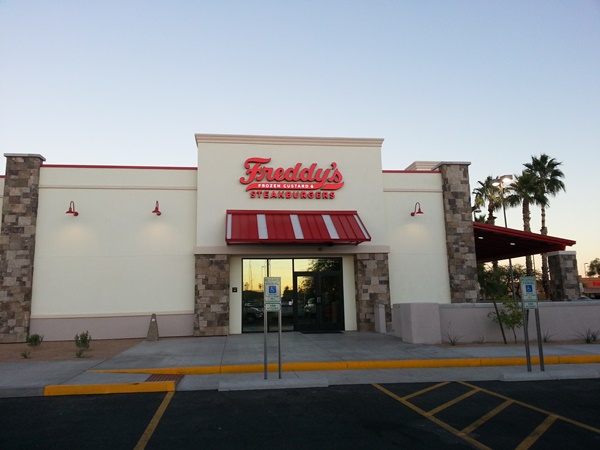 We’ve updated the menu for Freddy’s Frozen Custard & Steakburgers. One of the chain’s newest locations opened a couple miles from my house, and I checked it out recently. My Freddy’s Original Double was the same as I remember it when I first reviewed them back in 2012. This fast food burger’s claim to fame is that the patty is smashed and flattened, leaving a thin patty allowing for a fantastic meat-to-condiment ratio of 0.9:1. The double meat burger means you still get a decent meat taste in every bite. 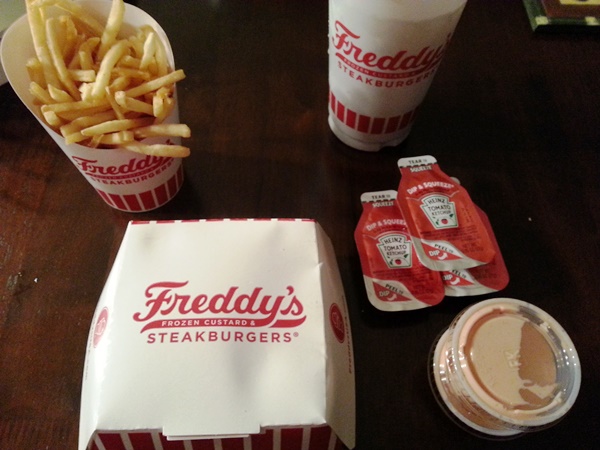 This time, I tried the burger California Style. What that meant was that they subbed out ketchup and mustard for a Thousand Island-like spread uncomfortably named “Freddy’s Sauce.” That’s two extra containers of the stuff in the pic above. Unnecessary, as they were generous with the sauce on the burger. 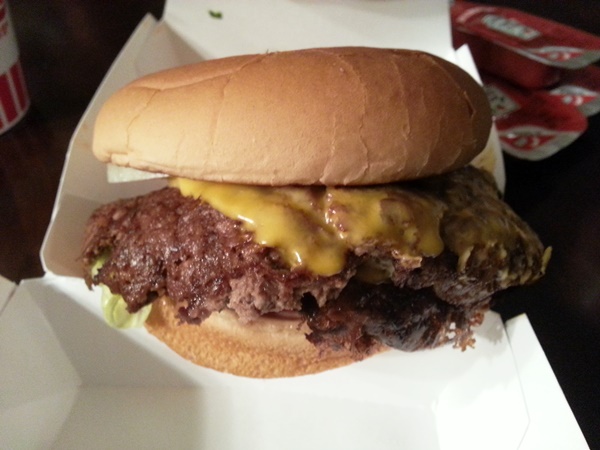 As you can see, flattening out the patties makes the burger look meaty. But the trade-off for this appearance is in the thickness of the burger. The overall sandwich is manageable, despite being a double. The thin shoestring fries were crispy and tasty as well.