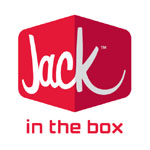 Updated menu for Jack in The Box shows a pretty big jump in prices between last December and now.  On average, sandwiches are up 30 cents, while the biggest jump was in the kid’s meals.  The kid’s cheeseburger meal, for instance, went from $2.79 to $3.69.  Wow.

Drink prices were up 10-20 cents, with JITB busting the psychological $2 beverage price barrier with large drinks priced at $2.29.

Some prices remained flat, however.  Specifically, the Value menu remained virtually unchanged with the notable exception being the conversion of the Jr. Cheeseburger (99 cents last year) to the Jr. Bacon Cheeseburger for a buck-forty.  I have to admit I don’t consider that last one a cheat.  I like Jack’s willingness to “plus” their value menu, unlike McDonald’s taking a slice of cheese off their 99-cent double cheeseburger and rebranding it as the “McDouble.”  Oh, and don’t get me started on Taco Bell’s use of potatoes instead of meat in some of their value offerings.  Thanks, Jack, for not insulting our intelligence.

Check out the menu here.