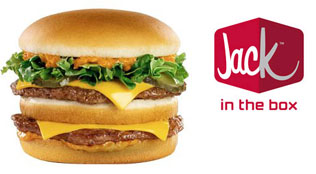 Recently Carl’s Jr. released it’s Big Carl, a rival to the McDonald’s Big Mac (I think it’s pretty different) and possible counter to the Angus Attack waged by the Arches.  Now, Jack In The Box enters the double decker fray with the return of the Bonus Jack. 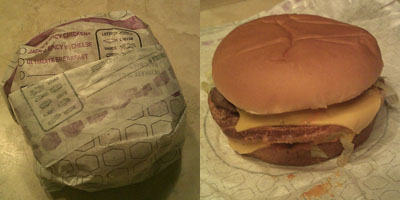 If you are new to Jack In The Box, maybe you glossed over one of the most significant ingredients above.  Missing from the menu for about the last ten years (but available if you asked), JITB has brought back their famous Secret Sauce, roughly a blend of ketchup, mustard, Worcestershire, A-1 and Tabasco sauce.  The full ingredients can be found here.

Pretty tasty sandwich, although I found it a bit salty.  Also, don’t assume the name implies it is somehow related to the Jumbo Jack.  It is not.  The taste is distinctly meaty/cheesy, with the Secret Sauce adding overall appeal.