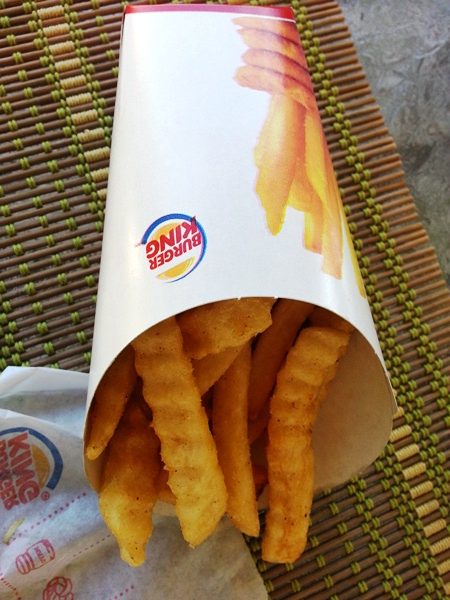 The Interwebs are abuzz with chatter about the demise of SatisFries.  What is true is that Burger King gave its franchisees in the U.S. the choice on whether or not to keep the lower calorie fast food french fry on their menu.  2,500 stores said “yes”.  So, for the time being, you will still be able to run into the random Burger King outlet that still has them.

This is an interesting twist, considering it was only in March that Burger King began inserting the fry into kids meals.

What went wrong?  The pundits are all “weighing in,” so to speak.  But rather than lament the resistance of the American Consumer to anything “healthy” (these are not anyway) let’s just say that BK could have made things simple.  As we reviewed back when they came out, Burger King rolled out the SatisFries alongside their regular, fattier cousins.  What they could have done was simply replace the fry with the lighter version. 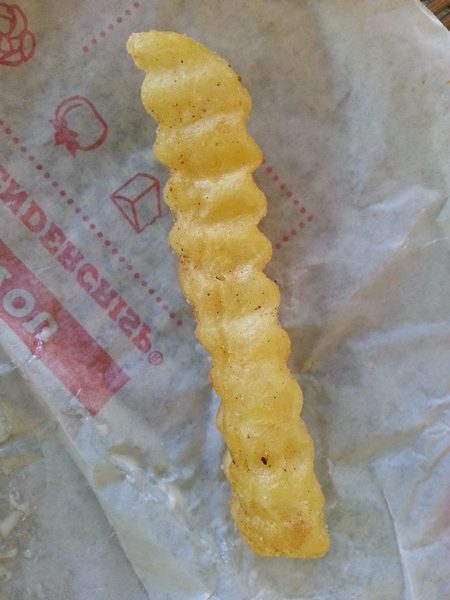 Now, I know what you’re thinking.  “Burger King tried to change their fry before and the public revolted.”  “Nobody would go to Burger King if they offered a lighter fry.”  Balderdash.  Chains tinker with their fries every now and then.  Most of the time, like with Jack In The Box in 2010 or Wendy’s also in 2010, we don’t have the luxury of reverting back to the original.  By leaving the safety net, Burger King showed no faith in their own product.  And if BK is hedging their bets, who’s to blame the public for not warming up to the new option?

When all is said and done, we’ll have to wait and see how many of the remaining franchisees, free to advertise the availability
“for a limited time,” keep SatisFries alive and for how long.  I can only hope that the next time a chain tries something this audacious they have the balls to go in all the way.