We’re pleased to introduce Ono Hawaiian BBQ on Fast Food Source.  Ono is a small west-coast chain offering chicken and beef dishes with a distinctly Hawaiian flair.  BBQ, Teriyaki, Island Curry, and Chicken Katsu are just some of the specialties.  They also offer beef, pork and seafood menu items, along with a couple including that Hawaii staple, Spam.  For sides, Ono offers rice and macaroni salad and serves their food accented with cabbage. 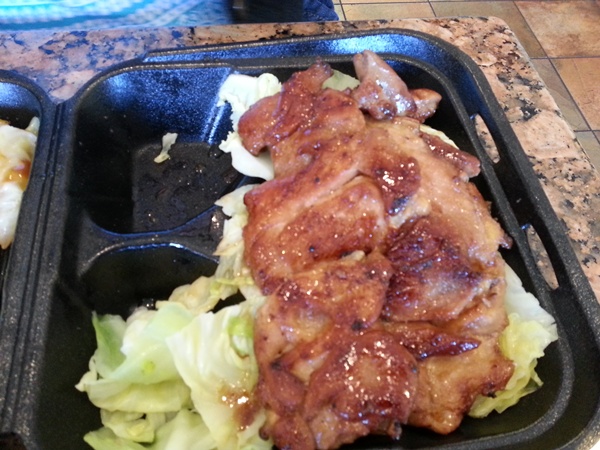 The chicken is moist and tasty – like what you might grill yourself at home.  In fact, I can’t recall a more moist chicken at a fast food or quick serve restaurant.  The food is just different enough to feel like a treat but convenient enough to enjoy as an alternative to other more traditional fast food fare.

The Japanese/Polynesian influenced menu might be more at home in our International restaurant category.  But Hawaii being a state, we think it fits best in the Chicken category where the majority of their menu is centered.

Next time you are in Northern or Southern California or the Phoenix area, check them out!  We have the Ono BBQ menu and Ono BBQ nutrition information loaded as well.