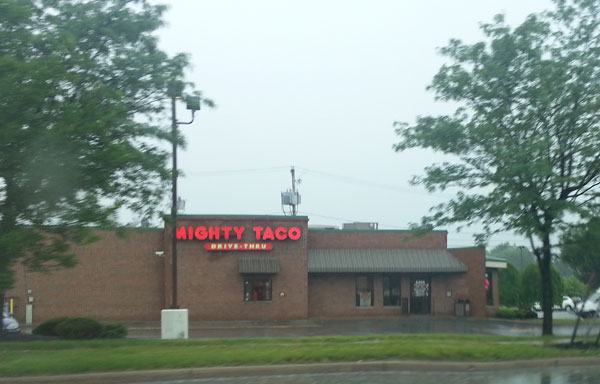 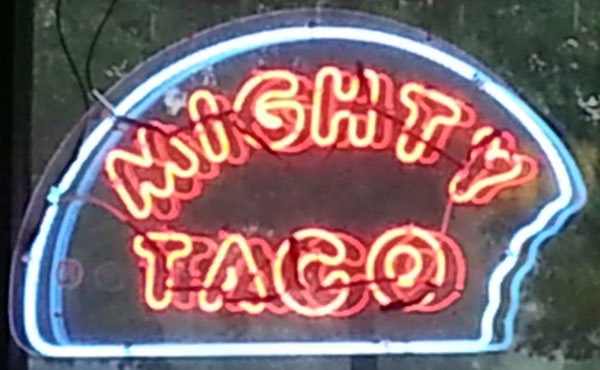 On a rainy afternoon in June I tried Mighty Taco, Buffalo’s local fast food Mexican outfit.  They have a pretty decent selection of basic Mexican offerings.  Their gimmick is tacos built any number of ways.  I tried both the beef and chicken versions to give them a solid test drive. 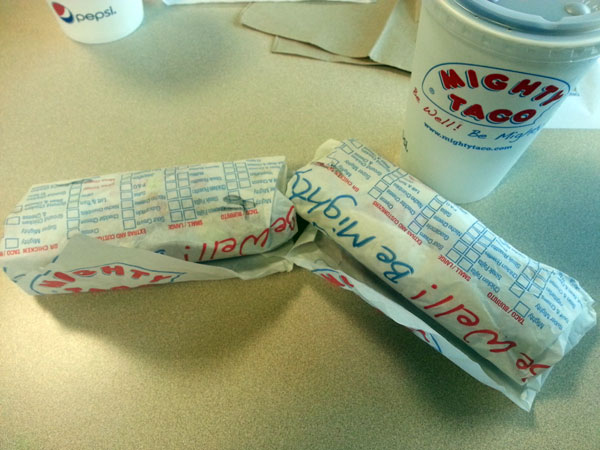 First up is the chicken version and the initial surprise is that the chicken is ground, not shredded.  Interesting texture but packed well into the soft taco shell as you can see below: 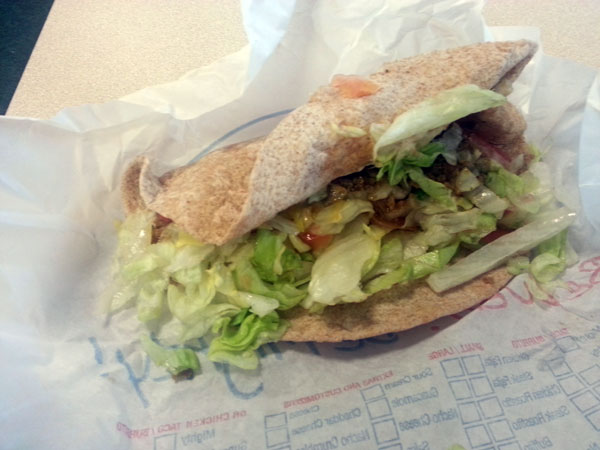 I didn’t get fancy with the fixin’s on my first outing, as I wanted to try what a Mighty Purist may order.  But as you can see from the wrapper, there are a number of customizations that can be performed on the tacos.  Note, they also use the same wrappers for the burritos.  Here’s a closer look: 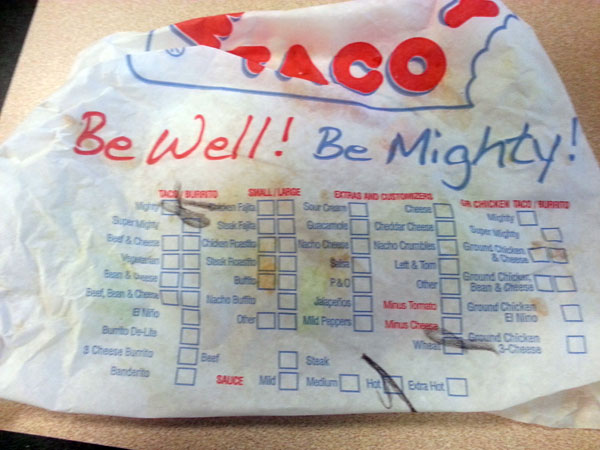 Overall, the chicken taco was pretty dull.  Even with the hot sauce, I wasn’t thinking this was something I’d learn to crave.  So I unwrapped the beef version and gave that one a go. 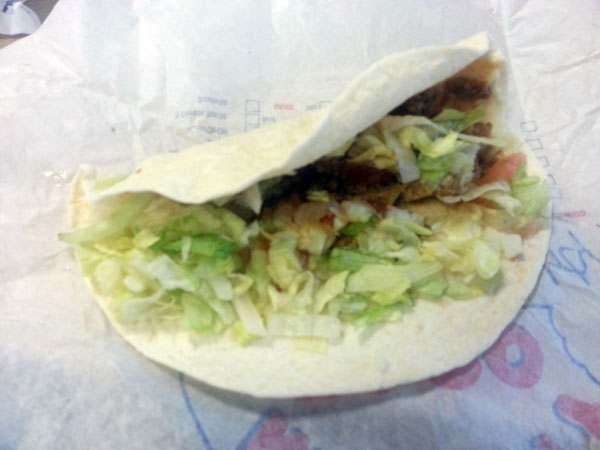 These are basic tacos, probably a little less flavorful than the similarly-sized offerings from Taco Bell and Del Taco.  I found the ground beef to be a bit tastier than the chicken, but still not something I would crave.  You are given a choice of three different taco shells, “white” (beef above), wheat (the chicken above) or crunchy.  The cheese was sliced, not shredded.  I guess they have something against shredders.  The salsa tasted like a jar of Pace you’d get from the supermarket.

A couple overall observations of Mighty Taco:  They were very fast and friendly.  We had six in our group and the food came out in just a few minutes.  The cashiers were joking with us and quite pleasant.  Sadly, no soft drink refills, something that they have in common with the other Buffalo chain reviewed on this site, Ted’s Hot Dogs.  But while Ted’s will let you pay a small amount for a refill, Mighty Taco does not.  Interesting choice in this day and age.

You can check out their detailed menu here.