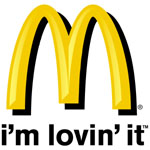 First off, as you know, FastFoodSource is not a nutrition website.  However, as fans of fast food, we do report on nutritional information from time to time, especially when an announcement like this one comes along.

By now you may have heard that, beginning this week, McDonald’s restaurants across the USA will begin adding calorie information to their posted menus.  You can read the actual press release here.  Frankly, this is not news, as a lot of states have already begun mandating this information and I see it on menus more and more as I travel.  What is interesting is the prospect that McDonald’s will be able to drive an industry-wide change before every state gets to mandate the same rules.  This way, McDonald’s takes the lead, looks proactive, and all the other chains will likely have to follow.  Shrewd move, McDonald’s.

It will also be interesting to see what changes on the McMenu.  In the press release they say “To make nutritious choices more convenient and accessible, McDonald’s revealed plans today to test foods that would increase the number of wholesome choices on its menu.”  This is the area we here at FastFoodSource will be watching in the upcoming months.  Will there be halfhearted nods toward nutrition like salads that, when loaded with fried chicken strips and heavy dressing could actually be less healthy than a burger?  Or will there be more attempts at true diversification into the healthy food arena?  They say the latter.  According to the press release:  “more seasonal fruit and vegetables options” and “additional produce side options and grilled chicken choices” among other steps.

The final question is, even if McDonald’s makes these changes – will they stick with consumers?  Will people snap up McWraps and cucumbers?  I don’t think people go to McDonald’s for those things.  But who knows?  Only time will tell.