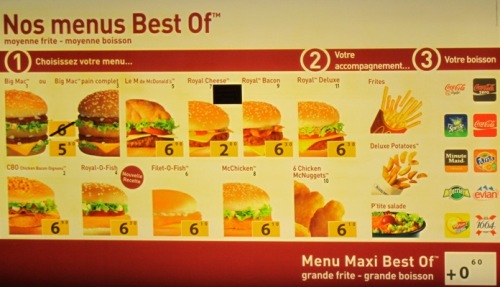 After Spain, our next stop on the European McDonald’s fast food tour is France.  Specifically, Nice.  The French menu looked much like what I saw in Montreal, but Canada doesn’t really count as a foreign country (the cows are all north Americans after all.)

Their main menu is a “Best of” menu where you order in steps (entree, side, beverage) instead of by the number, although someone had stuck tiny little numbers next to each picture.  I know it’s hard to read some of these pics, so I will list the selections in the above pic here:

They also had the Big ‘N Tasty, although since they don’t use the word “and” they would not understand the abbreviated “‘N” so they just call it a Big Tasty.  At first, I thought this sign below was homemade: 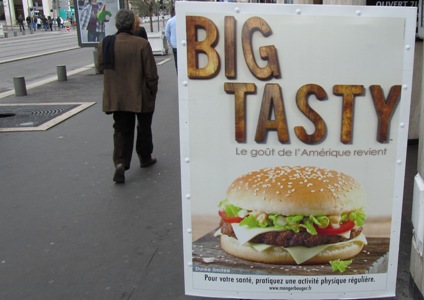 But then I saw another in the same style on the menu board: 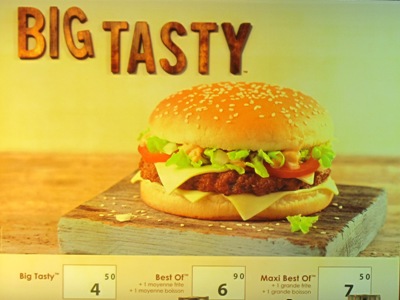 So this winds the award for ugliest, most unappealing posters and advertising.  Even the sandwich looks unappetizing.  And no, I don’t think that’s swiss cheese in the upper pic – just sun faded.

What else is unique in France?  Plenty! 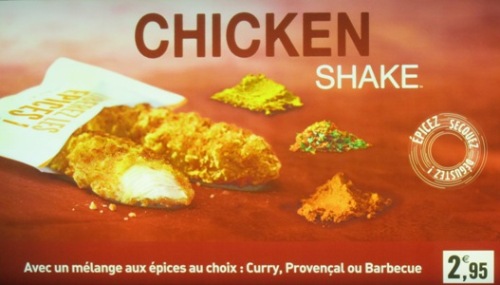 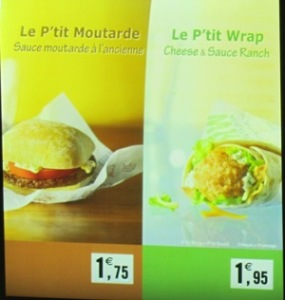 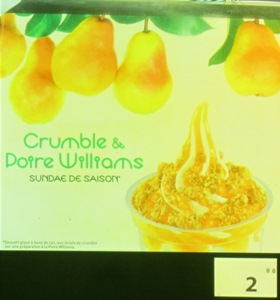 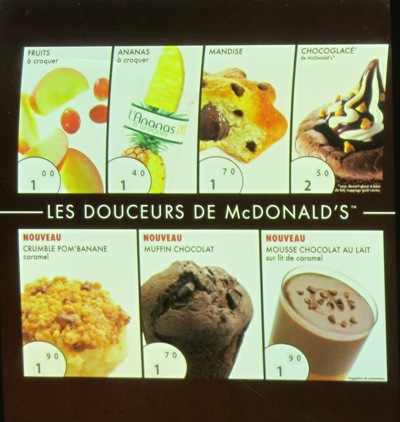 What about the kids?  Don’t worry, they have Happy Meals too: 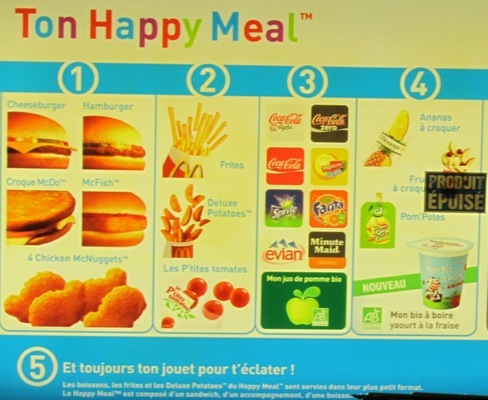 Hey look, they have cherry tomatoes too, just like in Barcelona.  But here, they call them Les P’tites tomates.  Everything sounds prettier in French.

Tune in next week as we move on to Corfu, a touristy island in Greece.