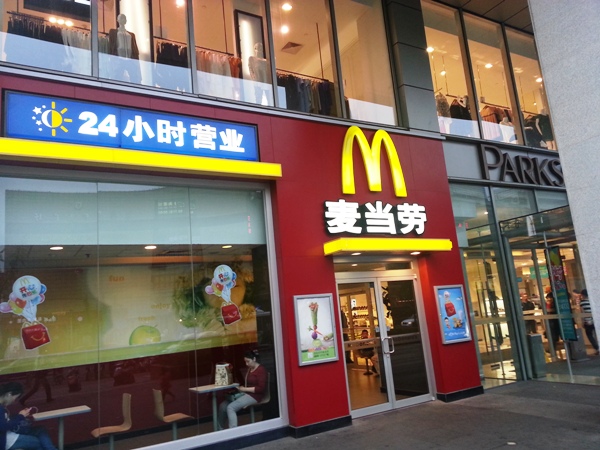 I’m loving it.  I found a trusty McDonald’s on a recent trip to Shanghai.  The restaurant was pretty much the same as any other, apart from the sign.  One thing I noticed is that nobody seems to bus their own tables – everyone just left their trash and a guy came around and cleaned them up.  I dumped my own Big Mac wrapper.  We’ll get to pics of the food, but first, let’s take a look at the menus:

First, of course, is the Big Mac.  Then what looks like a Double Quarter Pounder.  What that thing was on the right I have no idea.  The cashier didn’t speak English so I could not ask.  Whatever it was, RMB20 is about $3.25.  My Big Mac was a little cheaper.

Here are the fish and chicken items.  The sandwich on the left appears to be some sort of deli item, but it could be more fish.

The McWraps were really tasty looking.  And you could make it a combo with Fries or Rice for about $1.63.

These have to be some of the happiest Happy Meals around.  What an inviting menu.  And those little chicken strips shaped like drumsticks – brilliant.  But let’s not waste any more time.  Here is my Big Mac combo: 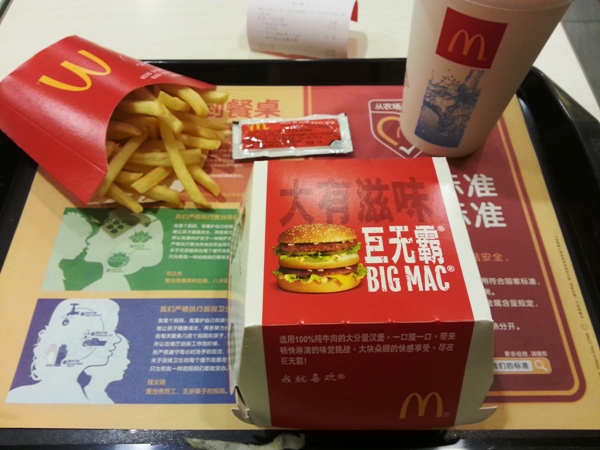 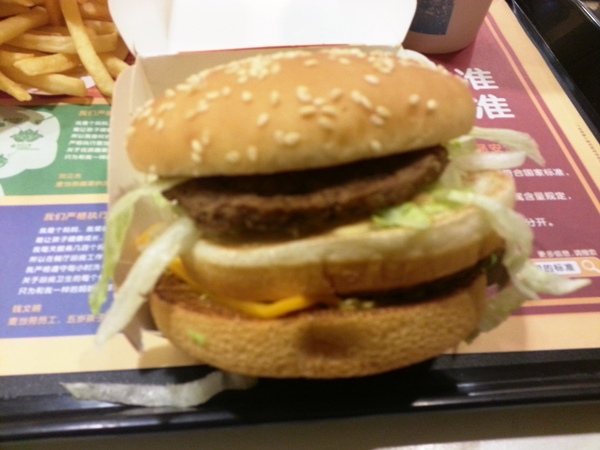 Tasted the same.  Made as quickly as they make them in the States.  It was a little dry, but no more than some I have had at home.