First off, apologies for the grainy images, but I grabbed these from the Zurich airport as I was passing through.  Basically, the Zurich menu doesn’t have a lot of excitement on it.  They are, however, playing everyone’s favorite game, Monopoly!

Lots of fun salads though.  The Swiss love their salads, apparently:

Hey look, it’s the Big N Tasty.  And they have a Steakhouse Classic, which appears similar to the Steakhouse burger seen at Burger King in Barcelona. 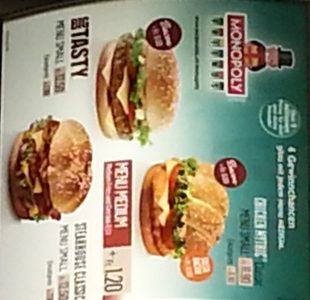 Just another shot of Monopoly goodness: 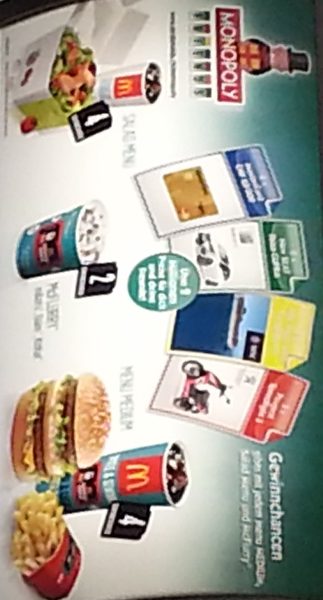 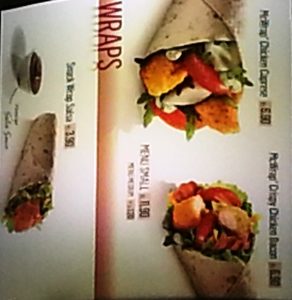 A Junior Chicken Sandwich for the Happy Meal menu and some chicken wings on the “snack” menu are the big highlights here.