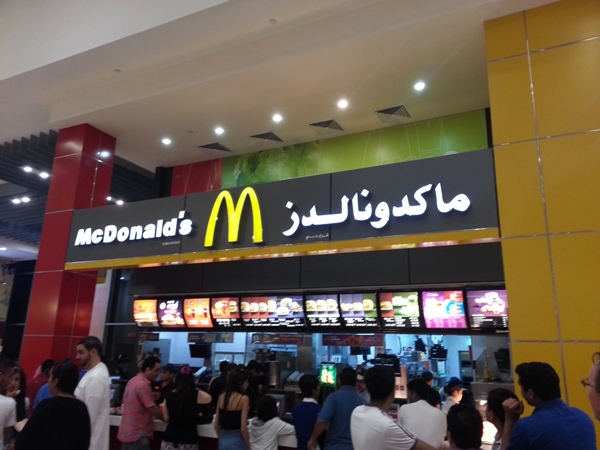 I love Dubai.  Very friendly to westerners.  Plus, fast food fans need not do without as many of the popular chains are represented.  Checking out the McDonald’s in the Dubai Mall next door to the tallest building in the world, the Burj Khalifa.  Let’s take a look at what they have to offer: 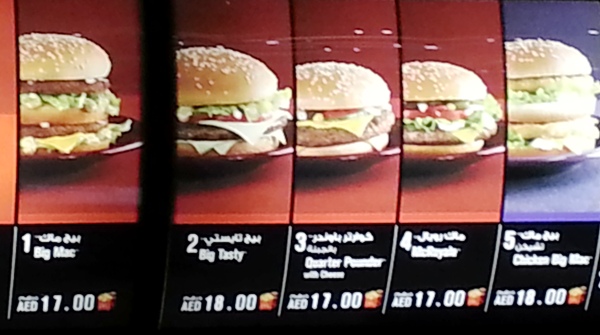 The core roster is similar, although logically for a Muslim country they are light on beef items.  Also, the heavy Indian population also skews away from beef products.  Still, the first four were beef: 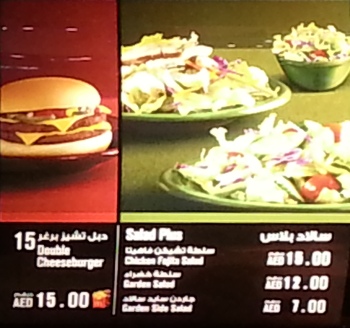 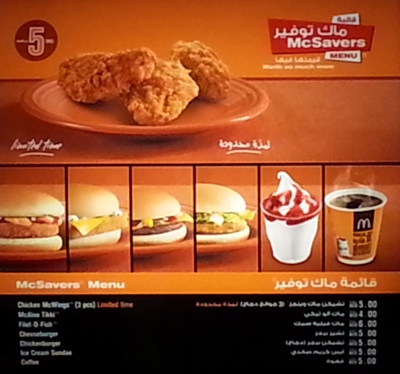 Very hard to make out on the McSavers menu above, but the second item is the McAloo Tikki.  This is a potato burger very popular in India. 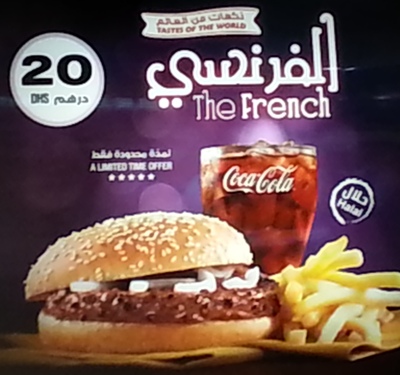 Lastly, here is something for “a limited time offer”: The French.  What the heck kind of meat is that?  I think it is beef, just a strange picture.  Actually, it is somewhat of a running local joke here in Dubai that McDonald’s has been rolling out a different “International” burger each month.  Before The French was The Mexican, and there have been others.

Here’s a link to the McDonald’s UAE website with more menu items here.

And here’s a commercial for the McAloo Tikki:

My friend Jerry tried the McAloo Tikki.  It looks really small in these shots but he said it was about the size of the regular hamburger: 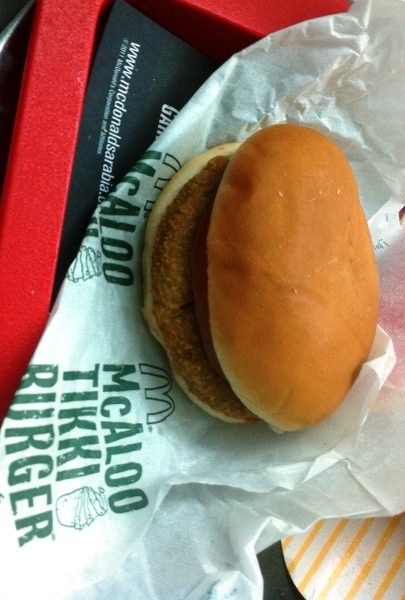 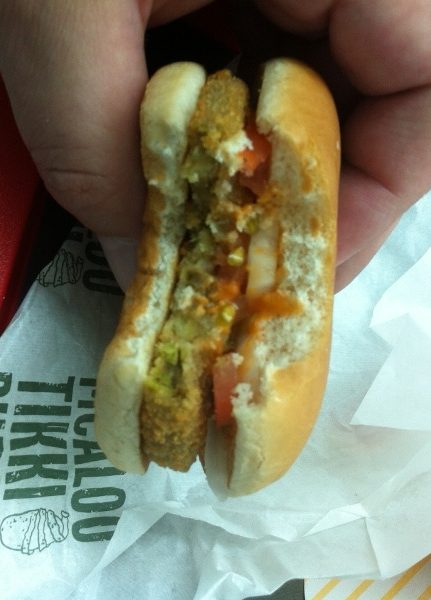 Jerry described it as “potato with peas, spicy sauce, onions, and a slice of tomato” and said it wasn’t bad.

And now, the standard Big Mac beauty shots.  Looks a lot like China, and France, and Spain, and … 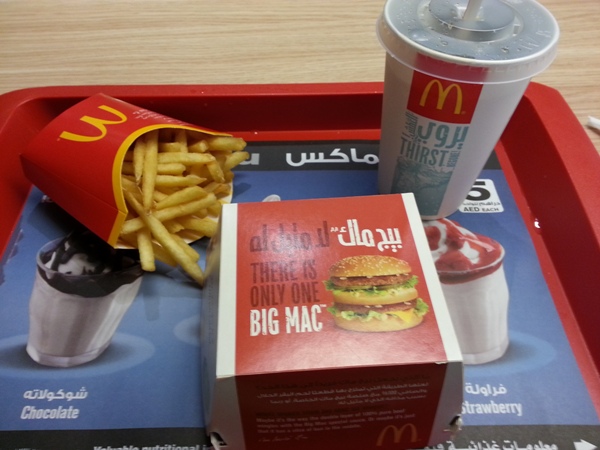 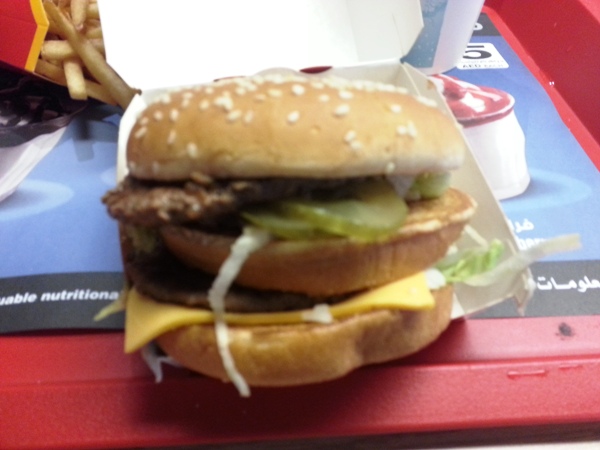 In any language, I’m loving it!