Craving something other than a burger, I recently tried the Shaved Prime Rib sandwich at Culver’s.  This sandwich was, in a word, delicious.  I was expecting something akin to a hearty Arby’s sandwich.  It did taste a bit like the Arby’s Beef Dip, but sans au jus.

In a move that shows there is truth in advertising, this sandwich features a generous stack of thinly-shaved prime rib, melted Swiss cheese and a smattering of grilled onions, all served on a sturdy roll. 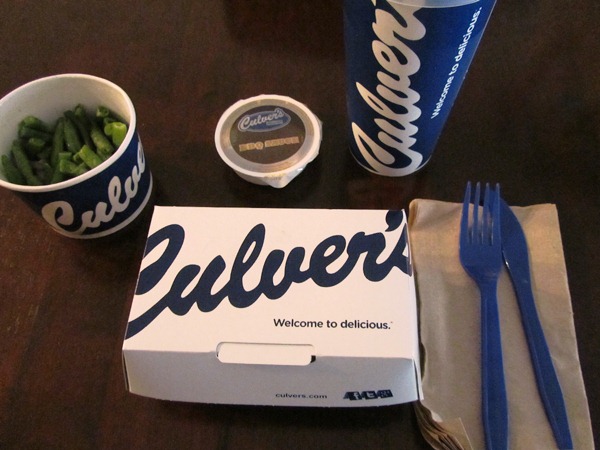 The order-taker asked me if I wanted a sauce to go with it, and rattled off a few of the standards.  Fearing that her suggestion meant a dry sandwich, I opted for a side of BBQ.  I need not have worried.  The meat tasted like it had been marinating in au jus for hours.  It was juicy enough that it had soaked into the bun, but not so juicy as to make a mess when eating. 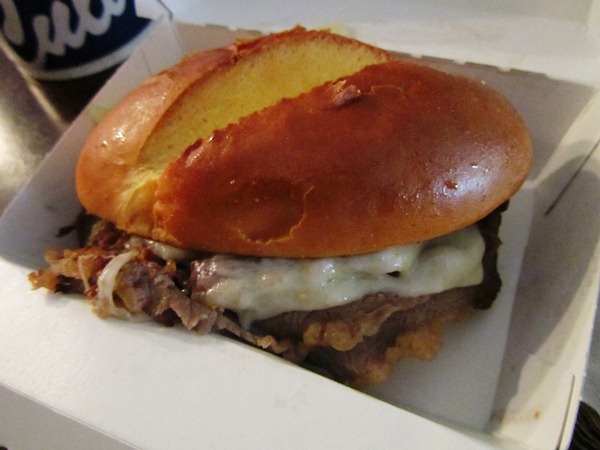 Still, I had the BBQ so I thought, why not have two sandwiches in one?  So I alternated between straight bites of the sandwich as-is and others where I first dipped an edge in the side of BBQ.  Awesome.  Instant BBQ beef sandwich bonus.

There are no complaints here.  Paired with a side of green beans that were equally good, this was almost a dinner-worthy meal.  Try it or one of the countless other interesting menu options the next time you find yourself at Culver’s.