The following is a review of the new Burger King Rib Sandwich by reader Matt:

“I’ve been a fan of the McRib since it’s inception back in the 80’s.  Latetly though, it’s been quite a disappointment in its taste. The meat patty is definitely smaller in size in my opinion compared to what it used to be. And I swear they use so much bbq sauce that really, that seems to be all that you taste!

“Imagine my surprise when Burger King announced that they were going to tackle the processed pork patty sandwich world with their own McRib-like sandwich, simply called the Rib Sandwich. So, of course I had to try one! 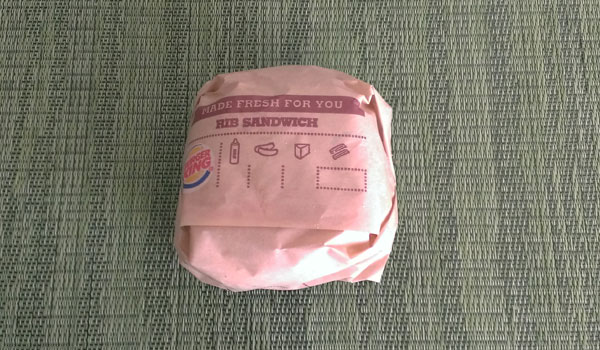 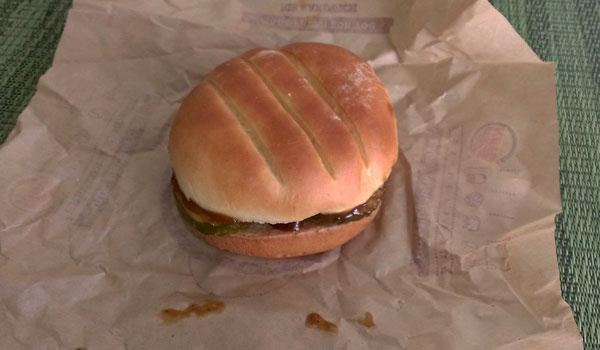 “As you can see it comes on a regular round bun, which is yellow, so I’m guessing it’s an egg bun. It was very soft and fresh, and almost had a slightly sweet taste to it.

“The meat itself is not rib-shaped meat, it’s more burger-like, I guess. Actually I’m not sure what “look” they were going for with that patty.  And it’s not smothered in bbq sauce, which I liked because you could actually taste the meat. Add a few pickles and voila! 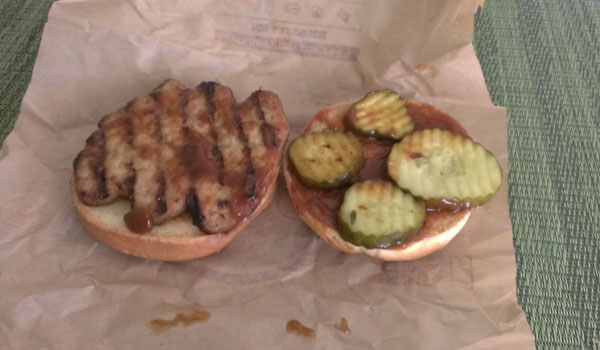 “And honestly, I like this sandwich much more than the McRib. The meat tasted “real” to me (scary that you have to describe meat as tasting real). The sauce is slightly sweet and has a little kick to it too.

“It says it’s only going to be available for a limited time, so I’m guessing the summer season is it. I hope they bring this one back because it really is a nice change from the regular burgers and chicken and fish sandwiches out there.”

Thanks Matt for the great review.  If you have a fast food story you’d like published, just let us know!