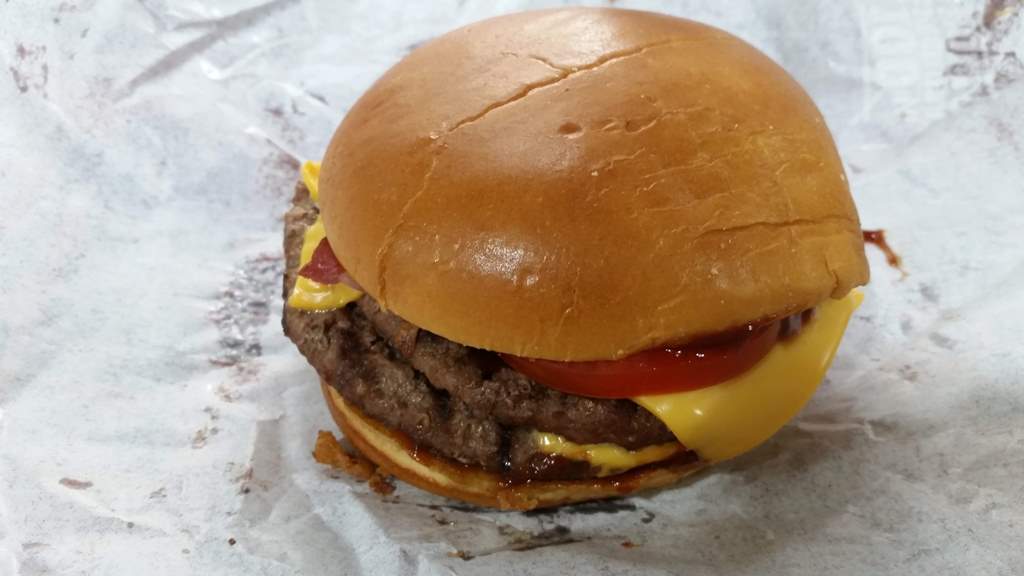 Here are some shots of the menu and a brief food review from a recent trip to Madrid, Spain.

I decided to try one of the featured sandwiches, the BBQ Tendercrisp. But, due to a language barrier (even though I ordered in Spanish) they gave me The King BBQ instead. This thing is GIGANTIC. Not being super hungry (why I tried to order chicken instead of beef) I ended up pulling one of the patties off this burger.

Standard fare in the combo -er, “menu”- are more steak-fry like fries and a drink. Like I said, I removed one of the meat patties – and it was still big. I will say, however, that it was pretty tasty. Salty, sweet, savory and juicy. Just too big.