In a recent article, I wondered whether or not a Fresco-style Ranchero Chicken Soft Taco would be the same as a (cheaper) Fresco-style Grilled Chicken Taco. Well, fast food geeks like me can wonder no more because the other day I ordered both and put them head to head. 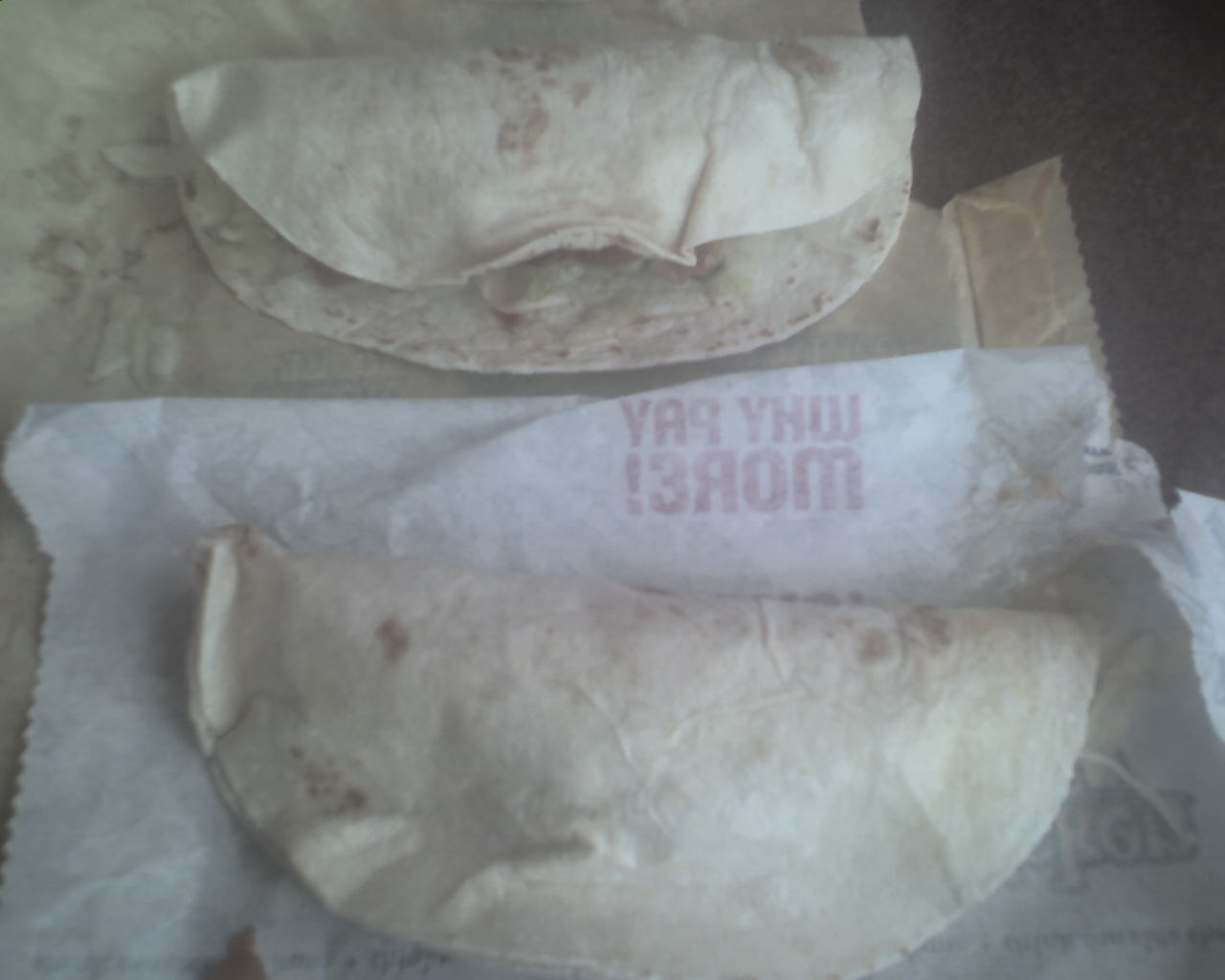 On the outside, they both look the same. Same size tortilla, same weight and feel. But inside, the more expensive Ranchero taco had better looking strips of what appeared to be white chicken breast, with little grill marks for that tasteful look. I apologize for the poor quality of my cell phone pics! 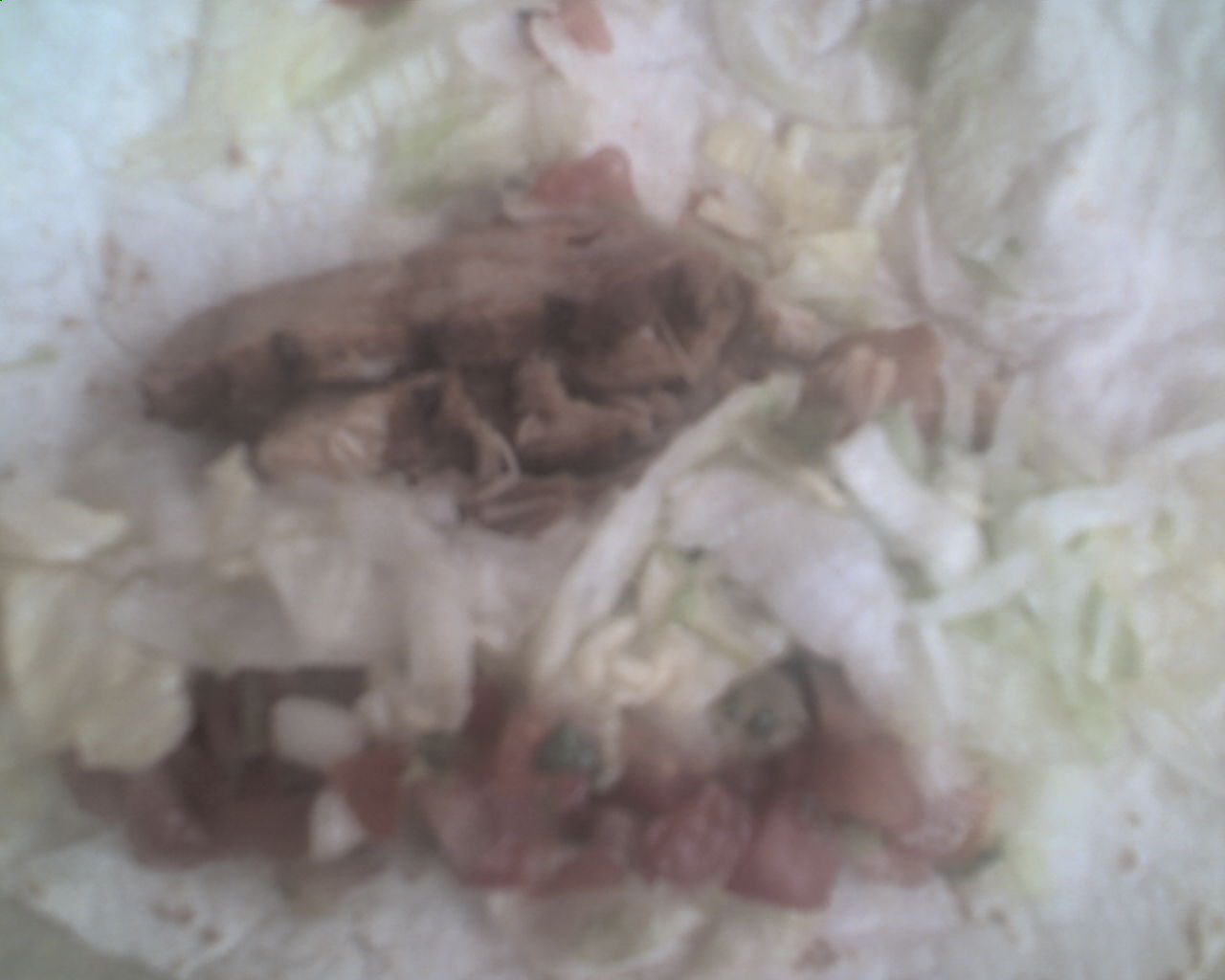 Inside the less expensive Grilled Chicken Taco were a few lumpy blobs of chicken. It was less clear whether or not this was also breast meat but it was obvious that the look and quantity were lower than in the Ranchero sibling. 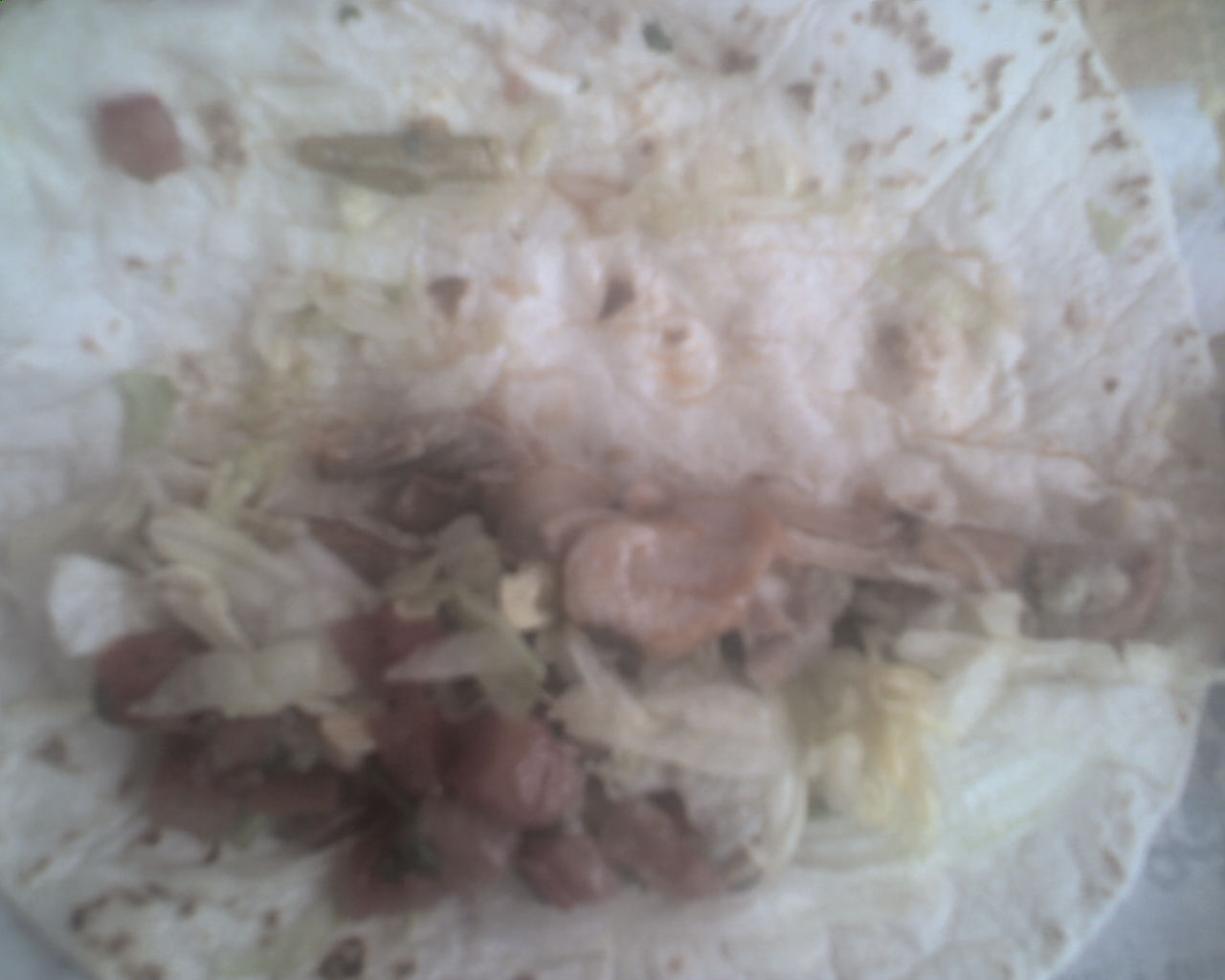 Aside from the apparent quality of the meat, the two tacos were in fact identical. They both had equal portions of Freso salsa (pico de gallo) and lettuce. Remember, Freso-style means no cheese so what you see in the pic is what you get.