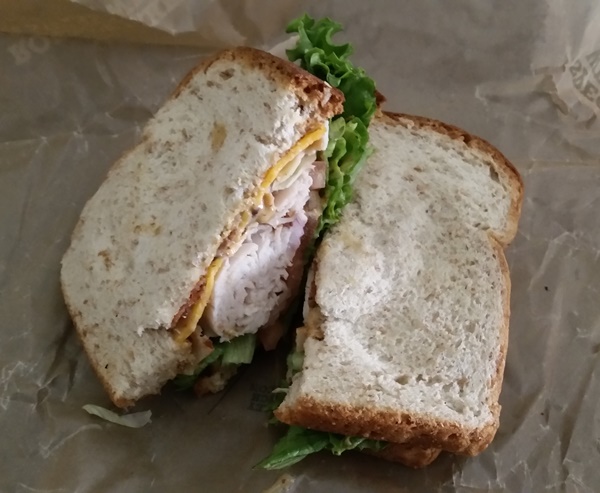 I’ll officially call it. 2015 is the year fast food menu item names have become the longest ever. There is a definite trend in the industry toward descriptive names. Case in point, one of the newest entrants in Arby’s popular Market Fresh Sandwich lineup: The Roast Turkey Ranch & Bacon Sandwich. No doubt about it, that is a very descriptive name. But it is long enough that they seem to have had to eschew their Market Fresh moniker for fear of having food titles that would run all the way across the menu board! Imagine: “Market Fresh Turkey Ranch & Bacon Sandwich.” By the time you are finished saying that you’ve used up your lunch hour. Arby’s even winks at the long name in the description on their website: 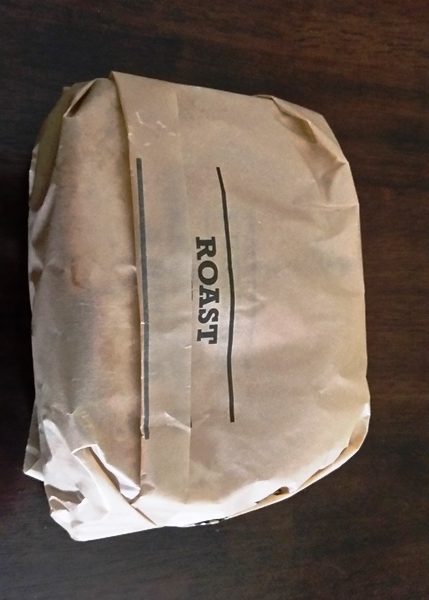 The sandwich itself arrives in a generic wrapper and is your basic Market Fresh fare. And that is a good thing. I’ve grown to appreciate the straightforward home-style sandwich line for its simplicity. As everyone knows, a sandwich always tastes better if someone else makes it. That is true at home and Arby’s Market Fresh sandwiches taste like something I was too lazy to make at home.

Nutritionally, the sandwich weighs in at a hefty 800 calories but only 10g of saturated fat. No doubt you could trim some of that by trading ranch sauce for mustard, which is what I do. More alarming, the salty ingredients add up to a staggering 2420mg of sodium. That makes it a heavyweight in fast food sandwiches. Recall a Burger King Whopper with Cheese has only 1260mg. And only in a comparison such as this can the phrase “only 1260mg” make 1260 sound small. The Arby’s turkey must be a contributing factor, though, as even their regular Market Fresh Roast Turkey & Swiss has 1930mg of sodium while Arby’s Beef & Cheddar has only 1260mg – and that’s with CHEESE SAUCE.

Anyway, enough about nutrition. You don’t come to FastFoodSource to dwell upon such things for more than a minute. I’d recommend the sandwich as another win for Arby’s in the fast food alternative-to-burger offerings.